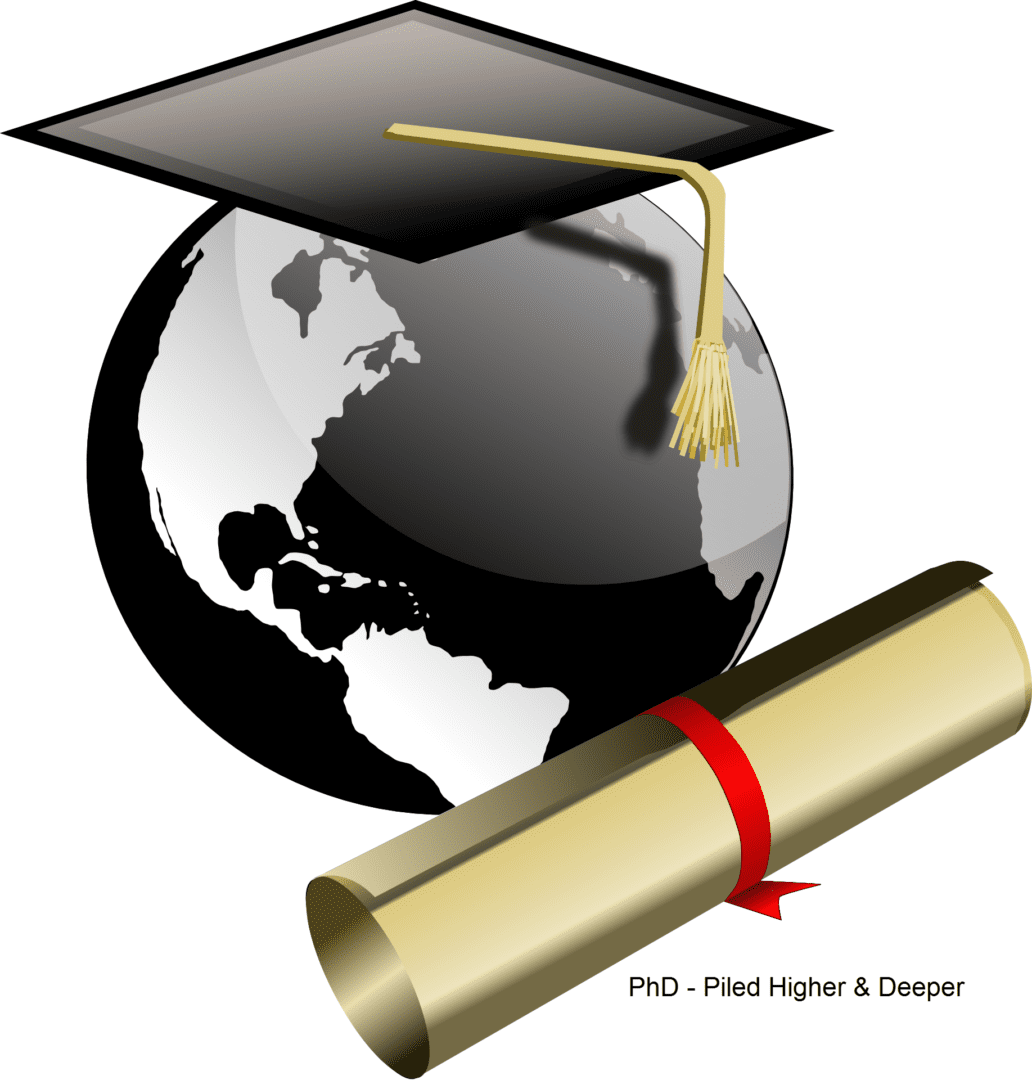 Question: How do we solve the shipping container nightmare-bottle neck- log jam- backlog…?

Answer:  We need a PhD.  Piled Higher and Deeper that’s what PhD stands for!

Well, President Biden said we should operate 24/7 to move these containers off the ship.  Almost no truck drivers took advantage of that option.  I wonder if he spoke to the unions about that?  Plus, the distribution centers aren’t open at night either – Oops! Not to mention scheduling and involving the Ocean Carriers and Port Terminals that handle the labor to make this happen…

The real truth is that the 24/7 operations are not happening at Los Angeles.  The next truth is that only 1 of 12 terminals at San Pedro Bay is running 24 hours a day and another terminal (TTI- Total Terminals International) at Long Beach is running 24/4 not 24/7.  They run Monday through Thursday-every 2nd schedule.

In fact, only one of the terminals in Long Beach is trying out this 24/7 around the clock idea. Los Angeles hasn’t started this trial and to make it more interesting, the big shippers are only taking a few hundred more containers per week during the night.

If you do the math then you’ll see that the extra projection in the 24/7 “Sprint” in Biden’s announcement amounts to an additional 3,500 containers moved in a week.  In August, San Pedro Bay moved 1.241 million TEUs (Twenty Foot Equivalent Containers).  So, an extra 14,000 containers in these 4 weeks comes to 1%.  That’s not going to make any significant change.

However, to solve this issue everybody in both the private and public sector along the way needs to be on board with this effort.  It’s like an orchestra playing a concerto – all playing in the same key and on time.  Everyone knows when to come in and when to rest.

Resolving this container congestion involves many different areas – not just offloading the ships.  Every aspect (from public to private sector) needs to be in sync and involved equally to coordinate this shift.

It starts from the time the container gets on/off the ship which involves the crane operator.  Later, it’s then loaded onto a truck.  After that it leaves the port/gate area, onto the public road system.  That’s assuming everything is perfect.  Of course there are more details (such as appointments) along the way than listed here…

Assuming: There’s no traffic and there’s a place to drop the trucks’ containers off that have enough empty storage space.  Also, assuming we have chassis that hold the containers and drivers’ appointments are booked and so forth.  Of course we need drivers available at the appropriate time of offloading.

So it’s a series of complex coordination of scheduling and physical space.  According to the Port of Los Angeles, 50% of the weekend appointments have been left open and 30% of the weekdays are unused.

Adding to the already overloaded situation is the need to return empties to the port. It’s causing move jams.  These empties are occupying the chassis, but without empties we can’t move cargo.  So, you see it’s a catch 22.  We need to free up drivers and chassis in an already stressed system.

Speaking of drivers…did you know the driver turnover is about 90% for the big trucking lines?  Plus, drivers are not going to pick up containers during this 24/7 “Sprint”, if the warehouses are closed. Drivers are human and deserve respect and just pay. It’s hard work.

It’s not one simple solution like flipping a switch or making a statement like let’s work 24/7.  This problem has been around for a while.  Look up a recent press release from the Harbor Trucking Association (HTA) which stated that the Biden plan didn’t address the root cause that has been plaguing the supply chain.

The HTA said that thousands of empty containers are sitting in motor carrier yards; these are on top of chassis and this situation prevents these chassis from moving import containers off the dock.  So there you go !  Another piece of the puzzle.

One problem – actually many problems…

Once you move these containers off the ships where are you going to put them?  (that’s assuming you even have the chassis to put the containers on them)

One other item – Long Beach California zoning codes don’t allow you to stack more than two high in the truck yards.  However this rule does not apply to terminals at the Port of Long Beach which typically will stack six high. Have you ever dealt with zoning codes? I won’t even go there…

But, an emergency California Friday ruling allows warehouses and container yards to temporary increase how high they can stack ocean containers in their lots.  The earlier limit was two high, now increased to four high. If you’re lucky and get a fire department waiver you can stack five high.

The new rule gives 90 days to try this band aid fix.  One big and well known issue is that it will take longer to find a container that is buried in a pile of 5 as opposed to a double stack. Piled Higher and Deeper !

A missing piece of the 24/7 “Sprint” announcement:  The Ocean Carriers and the Port Terminals.

These are crucial to the supply chain as they schedule truck container pickups/drop offs and also request the labor to unload these enormous vessels.  Yes, all hands on deck ! But who is scheduling them 24/7 ?

Fact: There was NO, NADA, ZIP, ZILCH participation by neither the Ocean Carriers nor the Port Terminals at this Sprint Press Event.

When the Transportation Secretary’s office was asked why the lack of participation, the response was vague: “The administration has and will continue to have a regular dialogue with ocean carriers and terminal operators.”  Notably and embarrassingly, Hapag-Lloyd, one of the largest ocean shipping liners in the world had NOT been contacted prior to this Sprint Press event. I hope they didn’t feel left out…

Reality:  The containers have very few places to go even if we work 24/7 because the warehouses are overwhelmed. There’s no extra space to receive these containers from the ports. Period.  End of statement.  There’s no room at the Inn – remember that line? There is simply no room left.

Back in September 2021 around 70 container ships loaded with goods were waiting at anchor or drifting at the ports of Long Beach and Los Angeles.  The actual record was broken with 97 containers for September. For a comparison, pre pandemic levels were about 17 ships at anchor waiting.

Fact:  Two ports in California handle about 40% of all the containers entering the US.

Why do you think Port of Houston is ramping up and doing so well – see our article here about how Texas is handling the situation. They are doing an amazing job !!!

To give you an idea of how many containers 70 ships hold…it’s about what the East Coast ports of Charleston handles in 4 months or Savannah in 2 months.  The actual number according to statistics is almost 433,000 (TEU) twenty-footers.

Let’s back up a bit to February 2021 where only 40 container ships were at anchor in San Pedro Bay.   Wow, it doesn’t seem so bad looking back, but what about now?

As of last Tuesday, 100 ships were waiting to enter and unload. To make it worse another 45 were scheduled to arrive 2 days later on last Thursday. We need a booster shot in the supply chain not “regular dialogue with ocean carriers and terminal operators”.

Dialogue will not move the containers, nor will it free up chassis that are competing with the empties from Canada, the East Coast and the Gulf Coast all contracted by the ocean carriers.  See our earlier articles such as Ship Happens and Shipping Delays – Sittin’ on the Dock of the Bay. Right now SHIP is NOT Happening.

Remember, a PhD degree is great but Piled Higher and Deeper is NOT the answer. Once your ocean cargo is here contact us and we’ll help PhD (Please Help Deliver) your items within the states otherwise try our AIR CARGO service – it works well and our customers are happy with the rates.

Enjoy the weekend coming up as we approach November.  Be thankful and let’s get ready to celebrate Thanksgiving as we get together with family and loved ones.

END_OF_DOCUMENT_TOKEN_TO_BE_REPLACED

END_OF_DOCUMENT_TOKEN_TO_BE_REPLACED
© 2017- 2022 DGL Logistics, LLC - All Rights Reserved
Made with ♡ by Snazzy Solutions!